If you have no trade-in and have already secured financing, buying services can be a great way to save on a new car 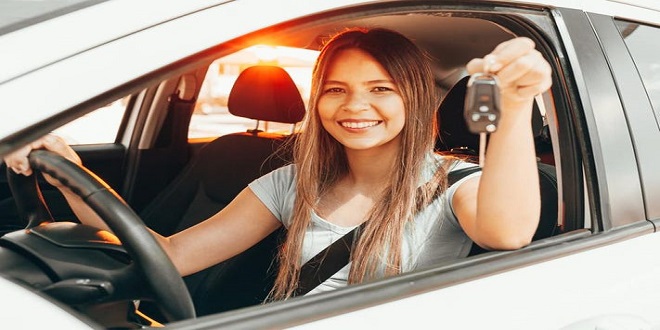 One nice thing about these services is that you can leverage the price quotes they give to use at other dealers. But with the exception of CPO [link] vehicles, they don’t handle used cars, and they won’t insure you’re getting the most for your trade-in.

As a broker, most of my new car contacts are in the fleet departments of franchised dealers. These started out handling big orders of multiple vehicles for larger companies; over the years many have begun to work with brokers such as myself.

Fleet deals are usually lower margin than retail, but the volume they create (a good fleet manager sells 25-40 cars a month) gets the dealer sales bonuses and more inventory allocated from the factory. Not all fleet departments will work with the general public, but many will. An Internet search and a few phone calls will determine which dealers might have ones that will work with regular consumers.

Many of the biggest fleet operations are located in secondary markets

When a dealership in a smaller city decides to compete from a distance with franchises located closer to the heart of a major metropolitan market, they will often do it through a fleet department. It is worth seeing what they might be willing to offer you. Though the drive there to complete the deal may be long, all subsequent servicing and warranty work can be done at a dealer closer to home.

I’m going to spend a bit of time on context here, as it is so important to making good buying decisions. If you want to get right into the buying sections, you can go there first and always come back. But if you want to know more about the why—and how it can save you money—stay with me.

First, the good news: For the level of complexity they represent, modern cars are literally the most reliable devices ever built by man. A wellengineered, mass-produced car, truck or SUV can be driven through temperatures ranging from minus 10 to 100-plus degrees, year in, year out for a decade or more. All in the absence of the kind of loving care your home PC often needs just to run without crashing.

Density-wise, a car is filled with more parts, computers, and complex systems than most people would ever imagine, which continue to operate in harmony for over 100,000 miles—over four times around the Earth. All of this while the vehicle protects its occupants from the most violent types of impact most folk will ever experience. And without unduly polluting its surroundings with noxious fumes and poisons.

Perhaps the biggest challenge in our consumer-driven culture is choosing between what you want and what you really need. I know I’ve sure let the heart rule the head and rued my emotional decision-making. Realistically, the majority of the people who buy or lease a new car from me don’t really need it. Yet most of us love that new car smell and the knowledge that you’re the first one to have really driven your four-wheel baby.

Let’s face it—most of us just plain like the idea of a new set of wheels. But if you’re willing to indulge me, I’ll take a few moments to explain why used is still usually is the most logical choice.

The most accurate measure of the financial impact of a vehicle on your pocketbook is Cost Per Mile (CPM). It can be broken down into just its depreciation component, or it can include maintenance, fuel and other expenses as well. For 2009, the average cost per mile was 56.6 cents, according to the Bureau of Transportation Statistics. Many independent sources like AAA show higher numbers, and go into more depth. While there are varying numbers used—and even if all the data aren’t 100 percent accurate—they do show certain trends. Amongst these are that used cars almost always beat out new ones when it comes to CPM.

Share
Facebook
Twitter
Pinterest
WhatsApp
Previous articleThe Healthy Weight Loss Eating Plan Will Show You How Easy It Is To Enjoy Nutrient-rich World’s Healthiest Foods
Next articleIn general, the CPM is lower on used cars, and the longer you keep a vehicle, the lower its cost per mile will go

Why Binaries can be unique as an e-cigarette brand

The HCV Genotyping Kit: What Does It Do?

Maintaining Your Soda Filling Machine: The Key To Keeping It In Working Order